How do you make positive decisions in a recession Mr Mboweni? 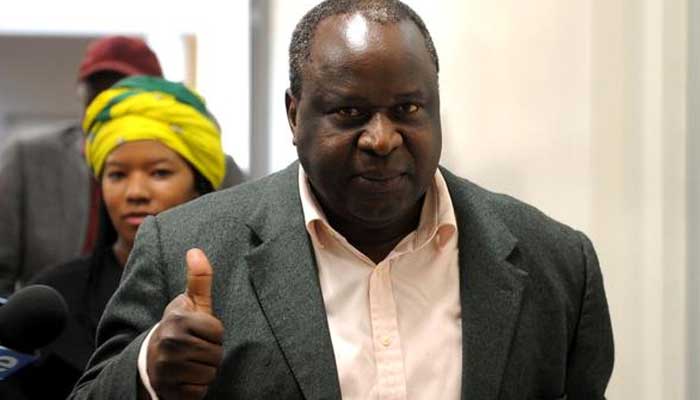 JOHANNESBURG – It is true that when a country or an economy is under pressure that it is conceivable that the development of the country will suffer from the following tell-tale signs. I am not saying that these signs are there, that is for you the reader to decide if you are in agreement or not.

These factors include inter alia low levels of education and healthcare, lower levels of human capital (or a high illiteracy rate/high level of uneducated people), a failing secondary and tertiary system, an unproductive workforce or low productivity index and a decline in the general attractiveness of the country to investors both local or foreign.

Now with all the above set, how many of these factors are present at the moment. So u have to ask the question again, how pertinent or off point is the question; do we increase taxes or do we stimulate the economy?

Now to stimulate an economy is not an overnight process, and there is a vast amount of planning that has to go into factors that will ultimately stimulate the economy to grow into the national development plan. We have to take the country into the direction set in the national development plan that was announced and reiterated so many times over the last couple of years.

Well all these matters are speculations and educated guesses, and none of them is off the mark, and none of them is wrong or without merit. But what I have not seen in the resent speculative articles is one that speaks to the alternatives other than to increase tax rates and increasing the collection in the form of taxes.

Yes, we have to invest in the infrastructure to collect the correct amount of taxation from the taxpayers, and yes that means increasing the tax base and bringing all the delinquents inline.  But what of the steps, actions and plans that can be put in place to stimulate the economy and change the negative value loop that the country finds itself in.

I would say it is, it is the collective minds of all of the homo sapiens that operate in it. Companies are nothing more than legal persons or structures to house the collective interest of people that in turn passes the economic value to the shareholders either through dividends, and or through salaries and wages, and through the prices and or increases to their clients that are at the end of the day consumers.  So its safe to argue therefore that if the economy is in recession, that its people have a recession mindset.

I would venture to equate this to a human state of depression, a general feeling of gloom and doom.

Compared to the times when the economy was booming, the plans, the national development initiatives and the positive growth and collections that got the country to an R1 trillion national budget.

With the advances of artificial intelligence and algorithms, and the non human variables in the national budget such as tax rates,  corporate tax, dividend tax, individual taxes, VAT, and customs and sin taxes and capital gains tax, would it not make sense to invest into the algorithms that can compute the vast number of variables to come to an indication of what the rates would be to achieve a predetermined outcome from a pure numbers perspective, and that the human doom and gloom is not solely placed in charge of the determination of these exact numbers that may differ substantially when emotions, fears, recessions and depressions are removed from the equation.

There may be some that will accuse me of smoking something that was recently legalised – which I am not – due to an overly simplistic view.  And you have that right do so. You have the right to question and shrug it off as superficial and without merit. But tonight when you lie in bed, and your lights are off, ask yourself:

And then as the second question.

So maybe the articles are correct maybe we should tax the gees that lay the eggs to death, that is an option, and by the sounds of it, it is a very real viable alternative, when only considering the one dimension to the problem.

What is the alternative, can economic conscription be an alternative, can we make the country more attractive to foreign investors, how do we increase or halt the state of disrepair of the national infrastructure?
How much do we borrow and what rates, and if we were to turn the economy how quickly can those debts be serviced?
What is keeping foreign investment away from the country?
Who knows, maybe there was wisdom in insanity, and IT is, in fact, IT, and the Drakensberg Boys choir may have the answers, to the questions that have eluded even the Illuminati and have resulted in the Commissioner of the SA Revenue Service having to extend an emotional apology for falling foul of expectations.

A true leader is defined not by his actions when we are buoyant and positive, but by his actions in times of trouble.  Leaders like the Commissioner that acknowledges the shortcomings and vow to fix them, A minister that admits his oversight and is willing to face the wrath of his peers and public, and yes a president that is willing to lead from the front that will build wealth and not capture it.

Maybe the optimism is already there, and their quite words of wisdom are about to sound harder than the shouts of pay back the money.

Willem Oberholzer is tax and advisory director at Probity Advisory.

The views expressed here are not necessarily those of Independent Media.